NZ Aerial Mapping Limited (NZAM) has completed the Contract for the renewal of the markers of the Partitioned Zone, its Dividing Line and the Boundary Line between The Kingdom of Saudi Arabia and The State of Kuwait. 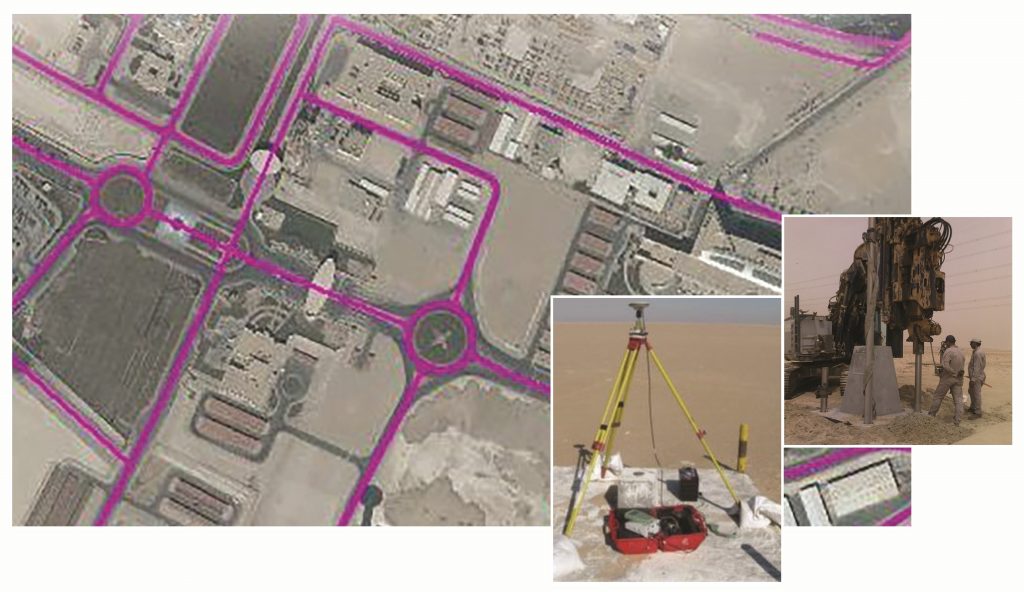 The Contract, to map the recognised border between the two countries and replace all 150 markers with new and substantial monuments was subject to international tender. NZAM was competing with the leaders in the field of boundary mapping and demarcation from around the world.

Mr. Mohammed Hanno, Chairman of NZ Aerial Mapping Limited said “the award of this major contract recognises the pre-eminence of NZAM and its technological capability in the field of aerial surveying and mapping derived from 74 years in the business”. NZAM has operated in the Middle East and Africa for several years and has successfully completed projects in Saudi Arabia, United Arab Emirates, Oman, Sudan, Benin and Sierra Leone.

Mr. Mark Roberts, Managing Director of NZ Aerial Mapping Limited in Jeddah to sign the contract was quick to point out that although NZAM was the Prime Contractor “This was a team effort and we were successful in winning this contract because of the very capable and experienced team that we assembled.

Long term partners of NZAM, NZ based Explorer Graphics Limited and Genesys International Corporation Limited (based in Bangalore, India), assisted with cartography and photogrammetry respectively. Ground surveying was carried out by UK based Merrett Survey Ltd who also worked with Dr Robertson and the NZAM Project Manager on United Nations border projects.”